Dog people are gloating this week amid widespread reports that a recent study found dogs to be “smarter” than cats. But one of the scientists who conducted the research says it’s not quite that simple.

“We did not study their behavior, so we cannot (and do not) make any claims about how intelligent they are,” researcher Suzana Herculano-Houzel, an associate professor at Vanderbilt University, told HuffPost in an email.

So why all the headlines declaring dogs are smarter? Because although they didn’t observe behavior, Herculano-Houzel and her colleagues did observe the number of neurons in the brains of different animals, including two dogs and a cat.

She noted that the dogs and cat used in the study had died of natural causes and their bodies were donated to science. The other animals came from a variety of sources ― including some that were caught in the wild and some that were euthanized “as zoo management decisions,” she said.

“We count cells by dissolving the brains ― literally turning them into soup ― then counting floating neuronal nuclei under the microscope,” she said.

The researchers found that dogs have “about twice as many neurons in the cerebral cortex [as] cats do,” said Herculano-Houzel.

She acknowledged that the researchers’ sample size was small. But in this case, she said, that doesn’t really make a difference.

“We do know that there is variation across individuals, but that’s really not an issue when we’re comparing species that vary so markedly in brain size or numbers of neurons,” she said. 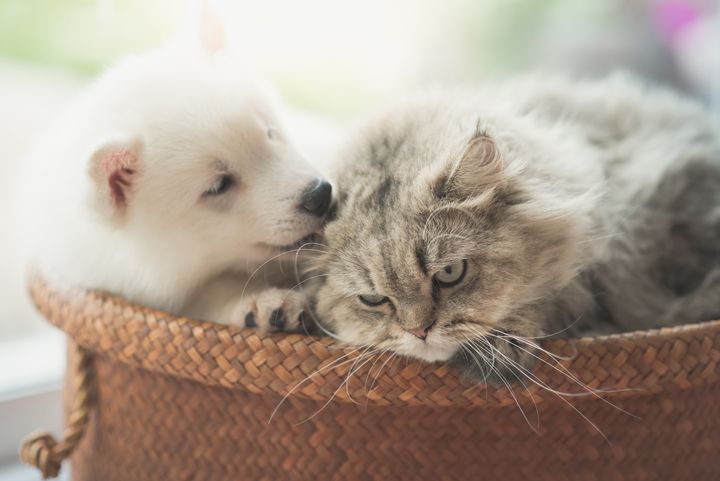 Since neurons are the brain’s “information-processing units,” Herculano-Houzel explained, “whatever species has the most neurons in the cerebral cortex is therefore expected to be capable of more complex and flexible behavior.” For example, she added, humans have about twice as many cortical neurons as gorillas.

In other words, she said, the study suggests that dogs have the “biological capability” for more complex and flexible behavior than cats. But researchers still can’t be sure whether dogs are using that capability to its full potential.

Even so, as Herculano-Houzel noted in a press release, the results can surely “factor into their discussions” over feline vs. canine intelligence. 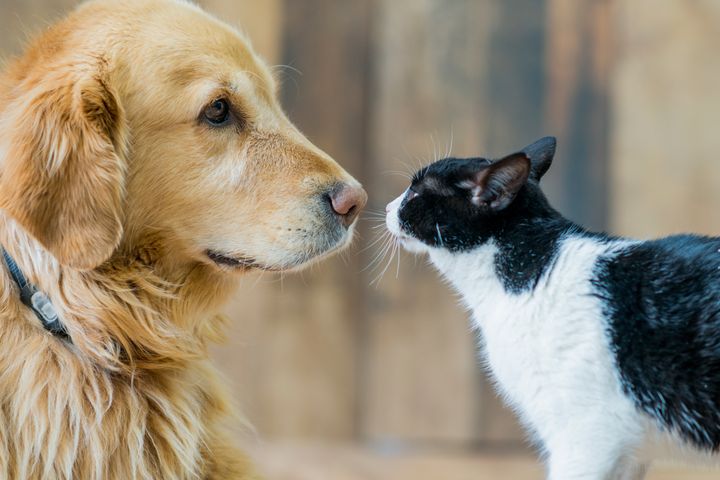 All that said, while this study suggests dogs might be more intelligent, research from 2014 indicates that when it comes to humans, cat lovers may be smarter than their dog-loving counterparts.

But look ― why turn this into a fight? Cats and dogs are both great, and honestly, the most interesting part of this study might actually be what researchers found out about raccoons.

“Raccoons were the huge surprise,” Herculano-Houzel said. “They have cat-sized brains, but with dog-like numbers of neurons, which places them on par with primates, who as a whole have lots of neurons crammed in small brains. The large numbers of neurons in the small raccoon brains jives very well with how crafty/smart/resourceful these creatures are believed to be.”