Animal advocates across the country are reminding dog owners to bring their pets inside after a number of animals were found left outside in freezing temperatures, and some died as a result.

In one of the latest incidents, a woman in Hartford, Connecticut, was charged with animal cruelty last week after a dog at her home was reportedly found frozen solid inside of a dog house. Several dogs have similarly been found frozen to death in Ohio, Indianapolisand outside of Chicago as temperatures in some parts of the country continue to dip into negative degrees.

For those wanting to keep their pets safe, or to learn how to respond to an animal in need, here are a few questions and answers to help you get started. 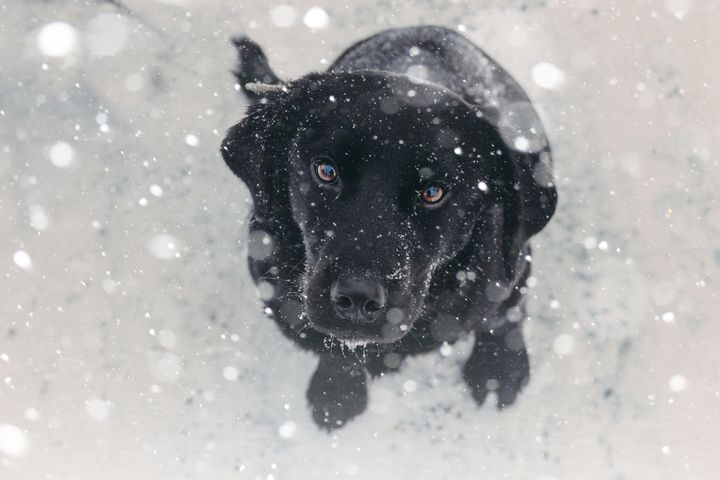 Animal advocates across the country are reminding dog owners to bring their pets inside when temperatures drop.

How cold is too cold?

That said, the useful chart below uses information from Tufts University to help assess safe outdoor temperatures for dogs, based on their size, breed, coat and acclimation to cold weather. Brrr! Don't let freezing temps put pets in danger! Follow this handy chart to see just how cold is too cold for your dog: http://bit.ly/ColdPups   #ItsSoCold

The chart warns that potentially unsafe conditions for animals generally occur beginning around 40 degrees. Most temperatures below that, particularly 25 or below, are considered dangerous, and 20 degrees or lower are life-threatening.

For such extreme temperatures, the Humane Society of the United States recommends bundling up short-haired dogs with sweaters when taking short walks. Booties are also advised for protecting their feet from rock salt and other chemicals used to melt snow and ice.

Does breed or size matter when it comes to withstanding the cold?

Smaller breeds like chihuahuas are more vulnerable to cold weather, which is potentially hazardous to them at temperatures between 30 and 40 degrees. Around 25 degrees is dangerous and anything 20 degrees or below is potentially life-threatening, according to Tufts University’s findings.

For larger dogs, like German Shepherds, Rottweilers and Huskies, owners should be cautious during temperatures between 35 and 20 degrees. The risk of death or injury increases around 15 degrees and becomes extreme when the temperature is 10 degrees or lower.

In Pennsylvania last week, a man and woman were charged with animal cruelty after allegedly leaving a Husky chained up outside in 13-degree weather without access to shelter, water or food, an act that violates state law, as Harrisburg station WHP CBS 21, reported. (Read more about local laws below.)

What about keeping pets in insulating dog houses, like “igloo” houses?

Igloo-shaped dog houses are designed to provide insulated outdoor shelters for animals, though it’s recommended ― and in many places required by law ― that dogs occupying them still be let inside if temperatures dip below freezing.

If using such structures, the Humane Society of Huron Valley in Ann Arbor, Michigan, recommends the houses be elevated off the ground and face south or east, to prevent them from facing prevailing winds.

When temperatures drop below freezing, people should also place adequate bedding inside to help trap heat. In Michigan, such bedding is legally required, as the local Humane Society ― which recommends straw instead of blankets and wood shavings ― states on its website.

The current capitalist system is broken. Get updates on our progress toward building a fairer world.

That’s not to say that such houses are warm and cozy in the winter, as one veterinarian recently demonstrated.

In a video uploaded to YouTube on Sunday, veterinarian Dr. Ernie Ward attempted to spend several hours inside of an igloo-shaped dog house in Chicago as temperatures dipped from 12 to 8 degrees outside.

Ward, who was bundled up in warm clothing to mimic a dog’s fur coat, endured four hours inside the igloo, where temperatures only heated up to 15 and 20 degrees.

“If this can help prevent the suffering of one animal, if this can save the life of one animal, then it’s worthwhile for me to do this little experiment,” he said. “If you’re considering leaving your dog or cat outside, they’ll suffer.”

Cars are also not safe for pets during the winter ― just as they’re not in the summertime― as the vehicles can act as refrigerators, trapping the cold inside with the pet, the ASPCA warns.

In New York City on Saturday, police rescued a chihuahua named Mary from a locked car as temperatures outside dropped to 10 degrees, according to the New York Post. Authorities charged the dog’s owner ― who reportedly didn’t believe there was cause for alarm ― with illegal confinement of an animal in a vehicle, and the dog was placed with Animal Care and Control. 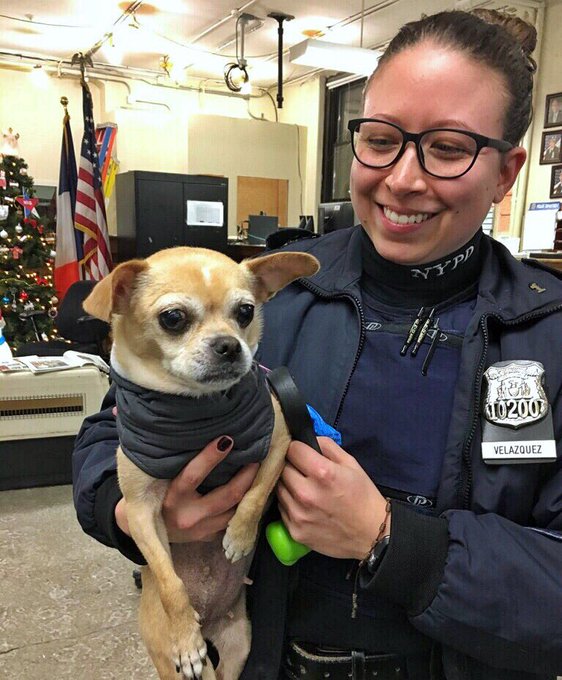 Officer Velazquez warms up Mary at the 1st Precinct after a dog rescue job was reported in #soho.Mary was left inside a parked vehicle in extremely cold weather Saturday evening. 1st Pct. Patrol Officers & ESU made the rescue. Mary’s owner was arrested. #NYPDProtecting

What can you do if you see an animal in distress?

The HSUS encourages people to “speak out” about possible animal abuse by contacting a local animal control agency or by dialing 911.

“If you make a report of alleged animal cruelty, the responding agency is required to investigate,” the Humane Society’s website states. “If your area lacks the proper animal welfare agency, and your local authorities are not equipped to deal with animal cruelty cases, you can also email or call The HSUS and ask to speak with one of our experts about the suspected abuse.”

Advocates for animals say that even if concerned citizens are unsure of whether an animal is being abused, they should contact them.

“We want to know so we can at least go out and educate the owners,” Megan Brown, an investigator with the Toledo Area Humane Society, told the Toledo Blade.

The HSUS’s contact info can be found on its website, along with tools to locate nearby animal care and control agencies.

What laws are there to protect animals and hold abusers accountable?

According to the HSUS’s website, animal neglect is considered a misdemeanor crime in all 50 states and Washington, D.C.

Massachusetts and Oklahoma both carry felony penalties for animal neglect. Felony charges can also be applied in animal neglect cases that result in death in California, Connecticut, Florida and Washington, D.C.

In Georgia, felony animal cruelty charges can be applied where malice is proved.

In Pennsylvania, where aggravated animal cruelty is a third-degree felony, animal cruelty protections signed into law last year also prohibit animals from being tethered outside for more than 30 minutes when temperatures are either above 90 degrees or below 32 degrees, according to a press release by the state’s governor.

People must also provide sanitary shelter to animals that allows them to maintain normal body temperature and keep them dry all year long. There are also restrictions on the length of the tether and duration of time spent on it, regardless of the outside temperature.

There are similar laws in a number of other areas, including Indiana, New York, New Jersey, Maine and Wisconsin.